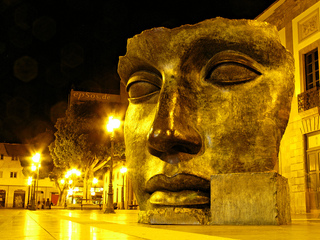 Today we’re releasing version 1.1 of the FixMyStreet platform. The AMI has been updated and the install script will automatically now install this version.

The main change since version 1.0 is the addition of bodies. Historically, FixMyStreet has assumed that the administrative areas that are returned from MapIt are the same thing as the bodies to which the reports will be sent. This has led over time to a number of workarounds when this hasn’t been the case, either in manual code changes in FixMyStreet or by adding new types to a MapIt install, and dealing with it in that way.

We have updated the code so that FixMyStreet holds its own records of bodies to which reports can be sent, and the MapIt area – or areas – that they cover. This is conceptually much clearer, as well as making it much easier to have a body covering multiple areas, an area with multiple bodies, or a combination.

Smaller functional changes in this release include admin improvements (it now looks like the front end site, and has add a number of other additions), and a couple of new configuration variables, DO_NOT_REPLY_EMAIL and SEND_REPORTS_ON_STAGING, to make debugging a little easier, along with a --debug option to send-reports. Also, we found on the mailing list a couple of times that people ran into trouble because their MapIt had debug turned on, and FixMyStreet didn’t cope well with the debug output MapIt included in its responses. This has now been fixed.

Many others of the commits in the past few months have been for various installations of the codebase, from the forthcoming FixMyBarangay in the Philippines to local UK council installs such as Oxfordshire or Bromley. These have in many cases led to small improvements and bugfixes to the central codebase, which can then be used by any reusers of the code.