FixMyStreet sends a number of automated emails, both to users (confirmation emails, follow-up questionnaires) and to bodies (the reports themselves). Previously these were plain text, but we have now introduced HTML emails, with all the design possibilities that this implies.

One reason for this is to make the site’s communications look more professional; another is an attempt to minimise one of the most time-consuming admin tasks - dealing with users who reply to our automated emails.

In Version 2.0 we wanted to afford FixMyStreet emails the same design and usability attention that we normally spend on the FixMyStreet website.

Incorporating feedback from our users, our support team, and our council partners, we quickly identified a few key places that HTML (graphical) emails could improve the FixMyStreet experience for everyone:

The best way to see how we’ve improved FixMyStreet’s emails is to give FixMyStreet a try, and receive the emails yourself! Try reporting a new problem near you, or subscribing to email alerts about new reports in your area.

If you’d like to know how we implemented some of our more technical changes, read on…

One thing that we wanted to include in the email was a map showing the location of the report (be that the one you’ve just made, or the one you’re receiving an alert or questionnaire for). The map that you see on the website is made up of many 256x256px tiles stitched together in HTML/CSS to appear as one smooth map, with separate pin images superimposed in the correct location; for the email, we needed just one image covering whatever portion of the map was necessary, plus the pin. 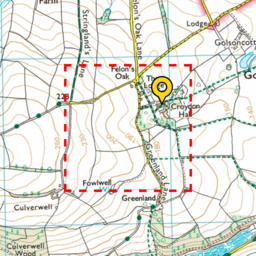 This is the point at which FixMyStreet’s progressively-enhanced base came in very useful. If JavaScript does not work for whatever reason, the site has always displayed an alternative: a small map made up of four tiles in a square, with the pin located appropriately on top. It also makes sure that the pin location (the point at the bottom middle of the pin) is contained within the central half of the tiled map (the red dashed area in our image here), so that there’s no chance the pin overlaps the edge of the map.

This was perfect for the image to be used in an HTML email. The new static map function fetches the same data used by the front end, requests the tile data for those four tiles, stitches them together in one 512x512px image, composites the pin on top in the correct location, and then cuts off the bottom 128 and top 64 pixels – as the pin’s central location means those will always be pin-less. The image is then shrunk to 310px in width, providing output that looks like this, appearing in the top right hand corner of the email: 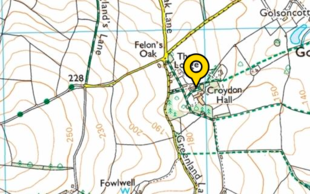 The new HTML email - whether they’re reports, alerts, confirmations or questionnaires - normally have upwards of three images: the static map image, an image of the report (or repots for alert emails), and a site logo. We wanted to include all these images within the email itself, rather than use remote images, as due to spam many people have remote images switched off.

We also wanted to keep things as simple as possible when including images in the email templates. Inline images in HTML emails use an image source of cid:UNIQUE_ID within the HTML (or CSS), and then give a particular attachment of the email the same UNIQUE_ID in its Content-ID header. Lastly, we may potentially also have normal attachments.

We settled on an inline_image function in the template, which can be provided with either a path to an image file (for the static logo), or a function that returns image data and a content type (for the static map or report image). As the email template is processed, each call to this function generates a unique ID for the image and stores the information in a list to be added after the plain text/HTML email parts.

There are a variety of ways to attach images to an email. Content types are used to identify what is contained by each part of the email. As well as the various types of image, and text/plain and text/html for the text and HTML parts, there are various containers: multipart/alternative as a container for parts containing the same information in different formats, multipart/related as a container for parts that are linked in some way, and multipart/mixed as a general container.

The setups we decided on were as follows:

As part of this work, I discovered that the oldest open GitHub issue of the Rails framework was related to this topic – if you used Rails to create an email containing both inline images and normal attachments, the normal attachments were not accessible to most email clients (that support HTML email) as they had embedded all the normal attachments inside a multipart/related part. I have submitted a pull request to fix this structure, which I hope will be accepted in some way.

This work was also a good opportunity to move some text generation out of some code into the templates (necessary because the text being generated now needed some HTML around each entry), for all the alert emails.

Finally, this post wouldn’t be complete without a few words about email testing.

Any of you who have built HTML emails in the past will agree that they are like taking a time machine back to web development in the mid 1990s. Email clients like Outlook, Gmail, and iOS Mail have dramatically different capabilities and ways of rendering the same email code.

One way of avoiding cross-client complications is to keep your HTML layout as simple as possible; maybe add an <img> tag in for your site logo, some <strong> or <em> tags for emphasis, and call it a day.

But our plans for FixMyStreet required much more complex email layouts than this. It was a hard requirement that the details of the report (the map, the name, the photo) in our questionnaire emails, were given equal priority to the introductory text and the call to action buttons. The requirements led us to a two-column layout, which, inevitably, required two or three layers of nested table cells. (Remember, we’re in our 1990s time machine!)

To help us test these layout changes in all the required email clients, we used Litmus, which is like Browserstack but for emails. You send a single email to Litmus, and it renders that email in dozens of different email clients, grabbing screenshots of each one, and presenting them to you in a handy dashboard. Building HTML emails this way still requires a good deal of trial and error, and obscure CSS knowledge, but at least with Litmus, the process of iterating on your design is made as short and fast as possible. It’s an expensive service, but well worth the cost for the peace of mind that your new layout works in even the most uncooperative email clients. 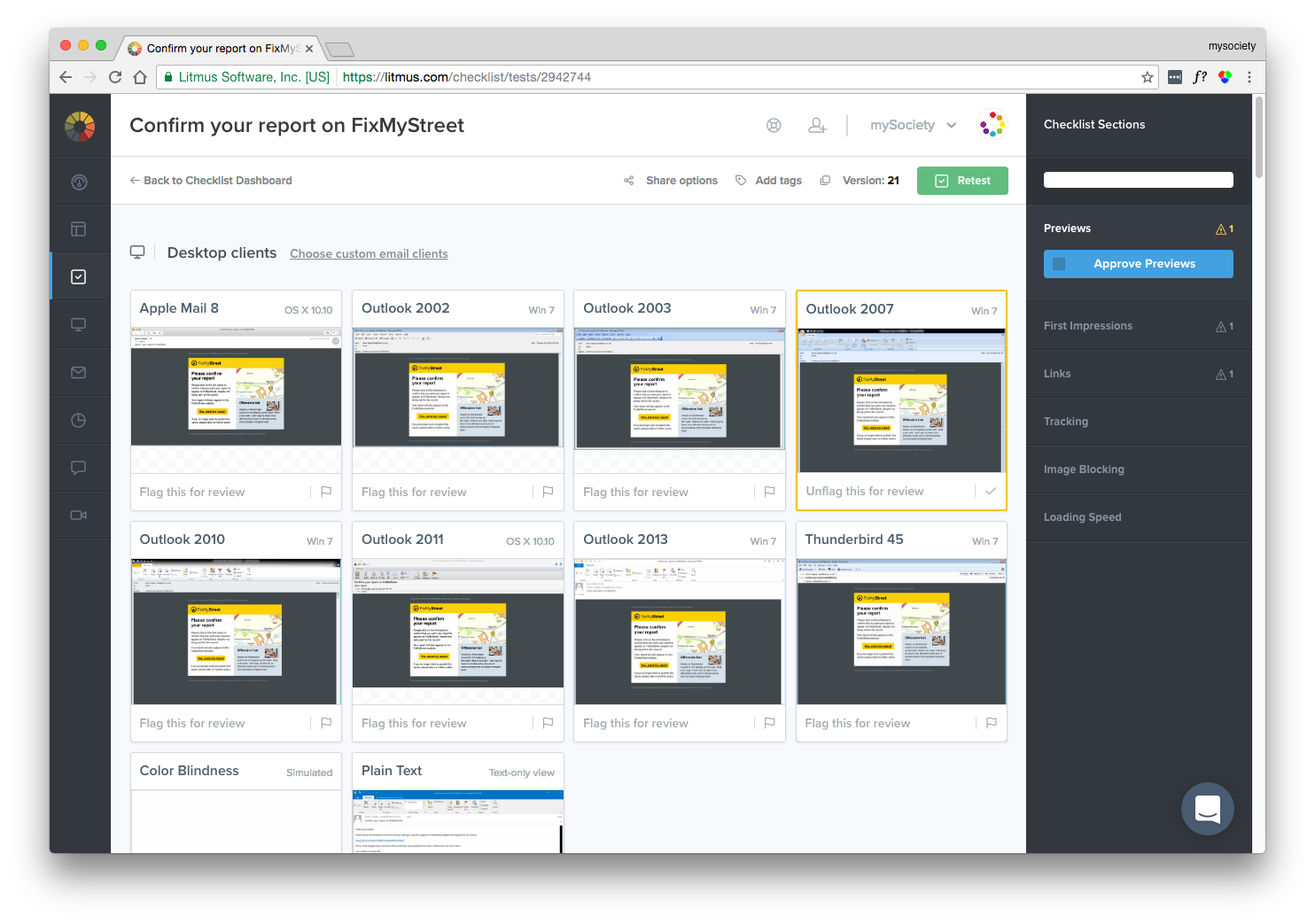 With the help of our Litmus checklists, we made a bunch of unintuitive discoveries, including: