The new release of FixMyStreet includes a number of improvements to various forms on the site. In this post, we will take a brief look at the notable changes.

This form has been rejigged, in order to more obviously split out details that will be public (e.g. photos, details) from those that will not be published on the site (e.g. the user’s email address and phone number). The category selector has also moved to the top, and if the category chosen requires the display of extra questions or information (e.g. through Open311 attributes or a custom built asset layer), they will be shown immediately.

If a report is made in an area that is covered by more than one body, the category the user selects will normally dictate which one the report is sent to. Now, when the category is selected, we update the list of bodies given at the top of the report page, if we know that the report will be sent there.

Talking about custom built asset layers, this is a good place to show how the FixMyStreet codebase can be put to other uses, with a bit of development.

Angus Council in Scotland provide a WFS layer (that is, vector format geographic information) containing the locations of all their streetlights, which we display if the street lighting category is selected within Angus on FixMyStreet.

Importantly, it can display which lights Angus already knows are broken. If the user is able to identify precisely which street light is affected, they can click on it. But picking a street light isn’t mandatory: we don’t want to put people off who aren’t certain, or who are unable to select an individual light. You can see an example of what this looks like on the Angus cobrand of FixMyStreet.com below. 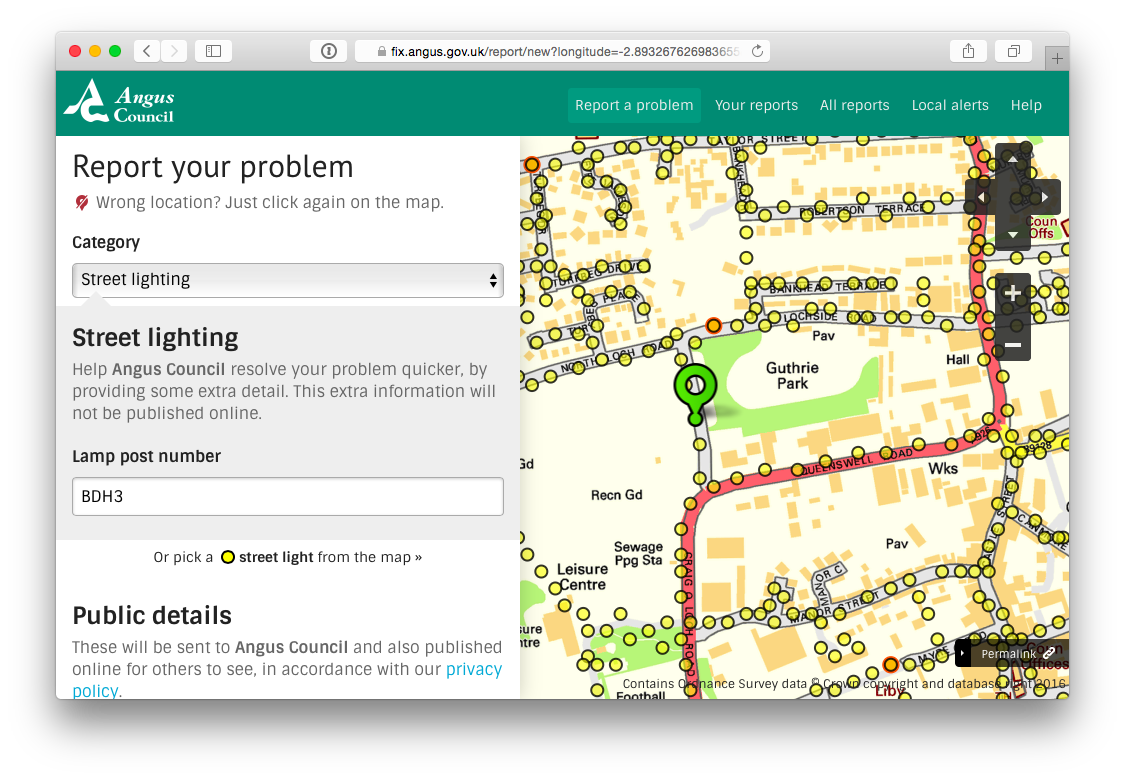 Previously, the form for administrators to edit a report was functional, but certainly nothing more than that! Due to the work we’ve done on the new user system, more admin users may well be accessing this form in future, and so we’ve taken the opportunity to make it much tidier.

It now looks much more like the front end of the site. We’ve added a map that lets you move the location of the report, tidied up the various functions an admin can perform, and so on. If a category change means the report should have been sent to a different body, it will be re-sent. 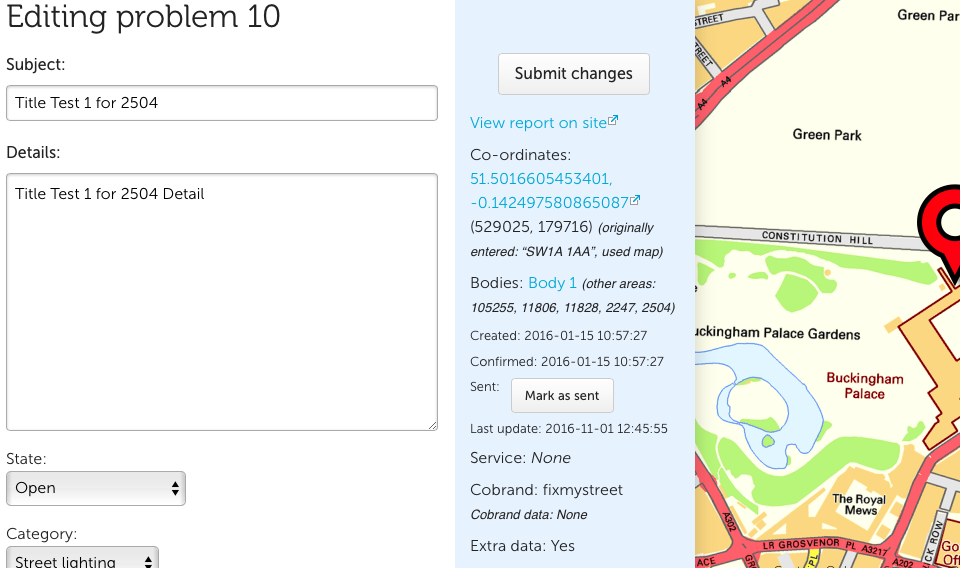 This was a historical oddity, in that the Add category form and the Edit category form were completely separate creatures, though both contained the same fields, and were used for basically the same purpose: 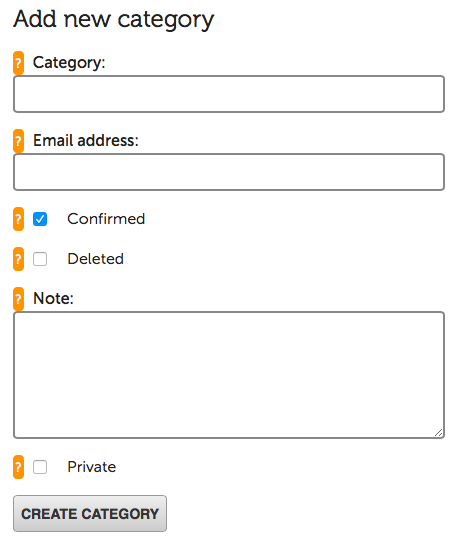 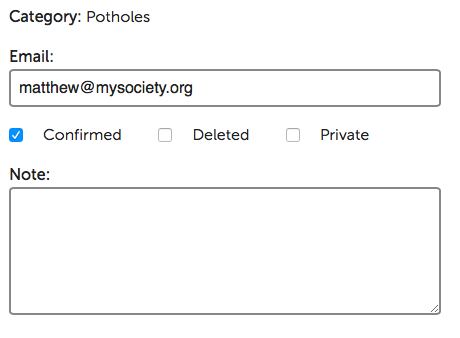 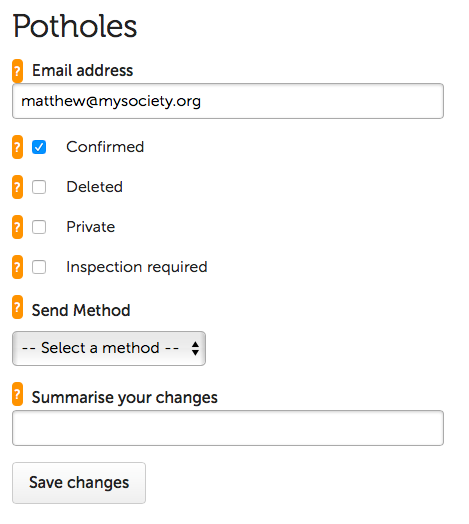 You can see how they looked different in the screenshots above. They now share an HTML template, which also makes it easier for us to update should it need changing in future.